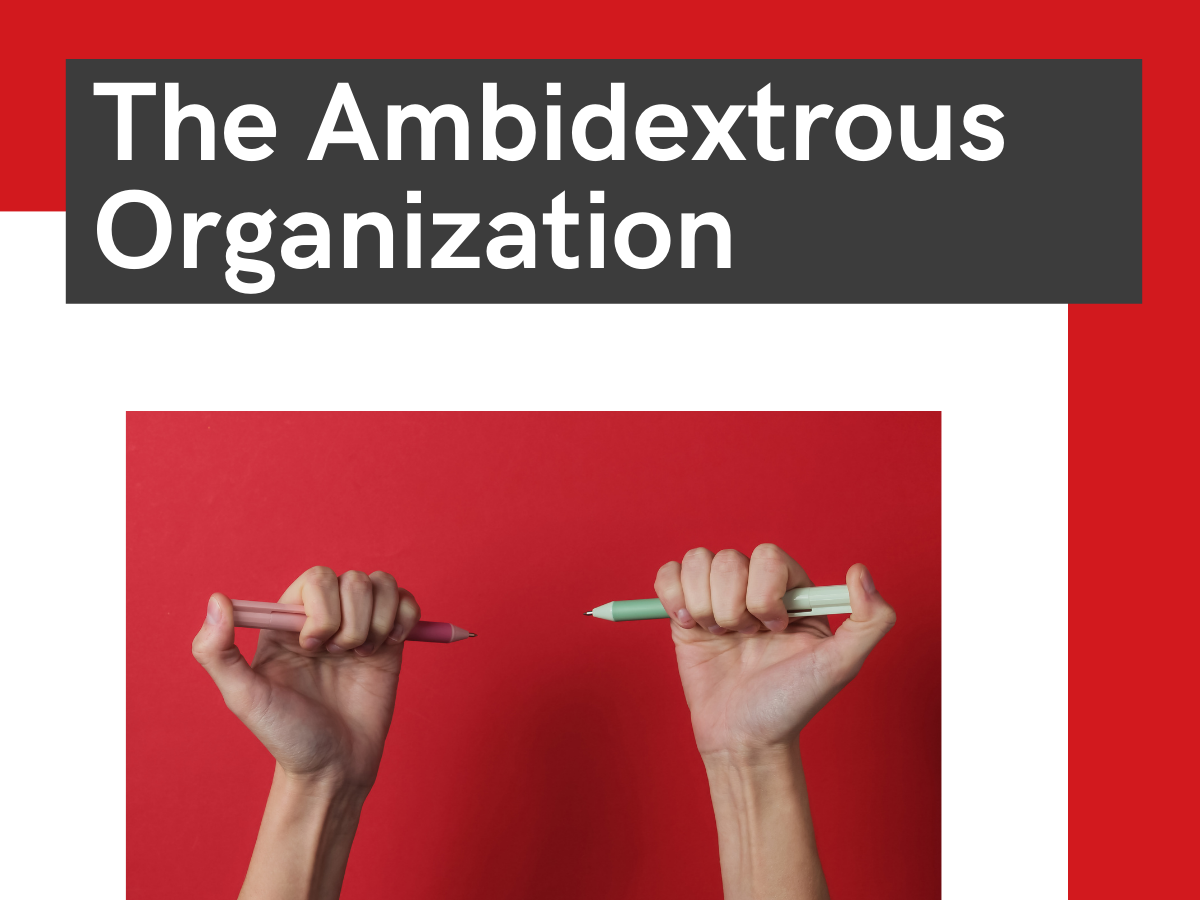 "Thinking together is not as easy as it sounds. (sic) In my experience, most people do not even consider the possibility. Most of the time they are thinking alone." - William Isaacs, 1999

Analyzing any piece of dialogue is like solving an equation. Dialogue allows me to take what I know, combine it with what you know, and produce something new and valuable from the interaction. Ideally, it extracts value from diversity and exploration.

Even though we use it every day, many of us aren't aware of the underlying structure of dialogue. Typically, we each talk without knowing how we're actually communicating with others. Well-developed habits of thinking alone and influencing others create an underlying structure that's competitive. As a result, this orientation limits the possibility of ideas that we each bring into the room. Conversely, the intention of dialogue is to explore meaning, share ideas, and produce more creative solutions. Dialogue is the art of thinking together.

This article shares a simple model that helps you participate in generative dialogue. Your conversations will have more intention and impact by understanding these roles. Utilize this understanding to monitor and improve your own participation, while also helping improve the dynamics of the overall conversation. Better ideas and more agreement emerge from groups who learn to think together. 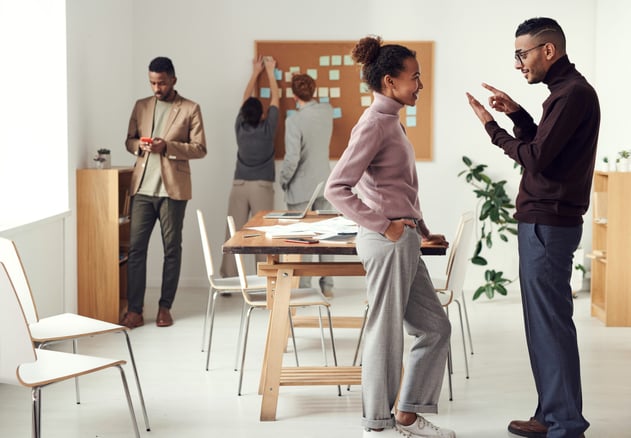 The Four Roles in Dialogue

We use a model created by David Kantor in the field of family systems to identify each action. There are four types of participant actions, also referred to as roles. Each participant occupies any of these four positions at any time. The roles are fluid and have nothing to do with job title, hierarchy or authority. With a little practice, these actions are easy to spot. They are as follows:

A conversation is healthy when all four of the actions are present and used in balance. No single action is dominant and each action keeps the others in balance. On the opposite end, a conversation where roles are missing or out of balance is unhealthy and of limited generative value. 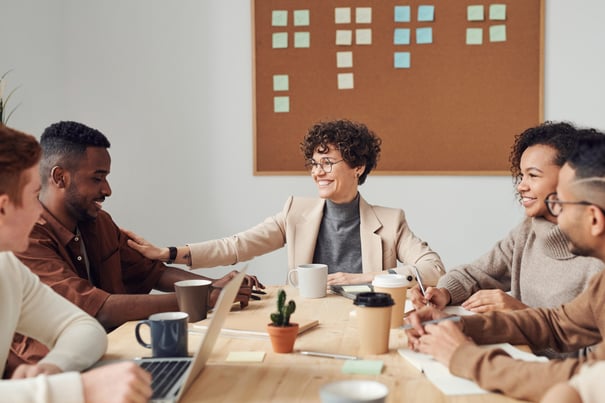 What Is Happening in Our Conversation?

With awareness and a bit of practice, this four-player model identifies and remedies conversational obstacles. Understanding roles in dialogue is the first step to creating conversations that more powerfully impact your organization. Here are common patterns to keep in mind.

Do you notice any of these patterns in your group conversations? Spotting the dynamic and intervening is easier once this four-player system is understood by everyone in a conversation. The group then benefits as a whole when specific roles are identified. Here are a few examples: 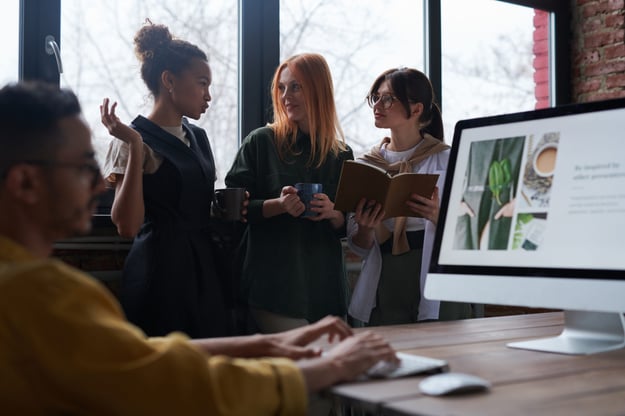 In the process of understanding roles in dialogue, listen for intent. There are positive and negative ways to view each action. From a negative standpoint, some might see...

Positive intentions become visible when group members learn to look for them:

Learning to see and appreciate the positive intention in each role supports a healthy conversational dynamic. 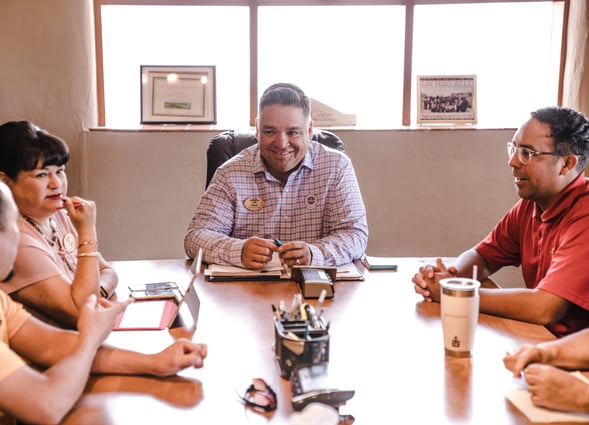 Bringing the benefits of healthy role balance into dialogue is relatively easy. Awareness is even helpful in and of itself. Many people enjoy developing a new understanding of their conversational dynamic.

One helpful activity is to introduce the four-player system near the beginning of a workshop. Put the four role titles on a flip chart and attach it to the wall. Ask people to reflect on their conversational patterns and share their thoughts in small groups:

After discussing, listen for each role and the language each role uses as you conduct or participate in a workshop. The objectivity of the roles and the understanding that nobody is any given role makes conversational behavior easy to discuss.

Even so, anything good can be misused. Don’t allow this to happen without intervention. Pay attention to those who use the roles as labels or admonition. This might sound like, "You're such an Opposer. Would you listen to what I have to say for once!" If this happens, invite people to consider the positive intention of the role. Remember that the model itself isn't creating the conflict. Understanding the roles in dialogue gives people structure to see how they are interacting. 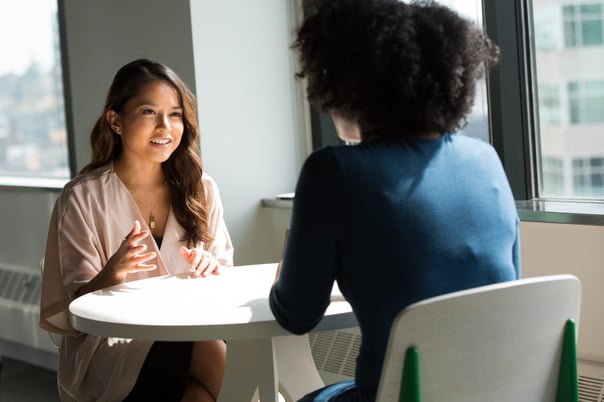 Organizational success depends on groups that effectively think together. Whether in a design workshop or ongoing business operations, the effectiveness of a group is a key factor. Most participants in group conversation demonstrate an individualized pattern of thinking alone and defending their thinking. Utilizing David Kantor's Four-Player Model creates generative dialogue, and is used in workshops as an alternative to individualized thinking.

Now that you know the four roles in the system, keep them on hand. Write them in the form of a diamond and place it in your workspace or notebook. Pay attention to the roles you and others play in ordinary group conversation. Understanding the roles in dialogue drastically changes your perspective. What do you notice about your patterns of participation? Does this awareness change how you participate or understand the conversational dynamic?

Implementing The Four-Player Model Throughout an Organization

Introduce this model to your own teams to see how awareness pays off. In fact, introducing the Four-Player model can be its own workshop. Another alternative is hosting a work group that meets regularly to make sense of situations and decide on appropriate action.

Over time, the conversational benefits transfer beyond your immediate application and into the conduct of ordinary business conversation. In this way, understanding roles in dialogue improves your organization’s ability to learn, leading to better outcomes overall.

Dan Schmitz is a Consultant at ON THE MARK. OTM’s experience and passion for collaborative business transformation that’s supported by pragmatism, systems thinking, and a belief in people is unparalleled. OTM has been in business for 35 years and is a leading organization design firm.