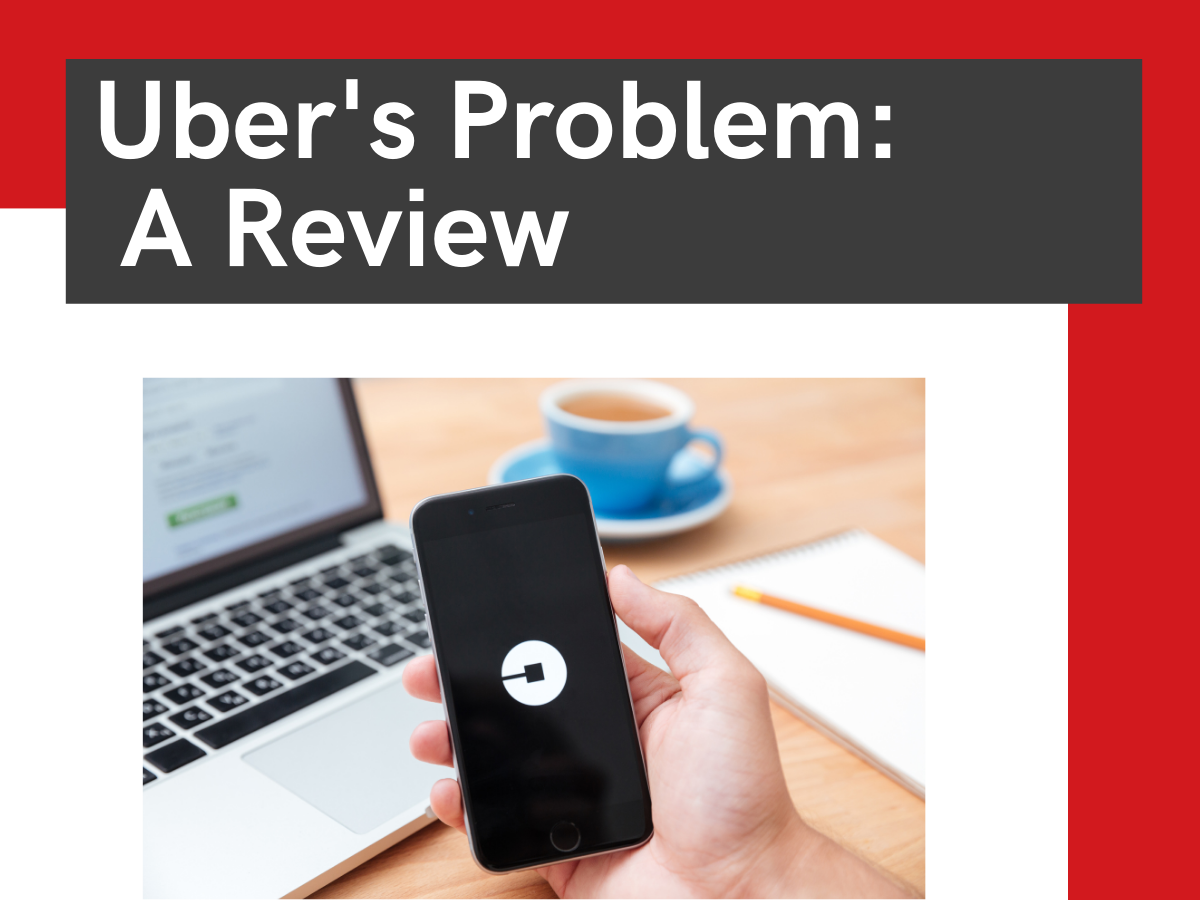 Uber's problem with trust has been around for several years now. In September 2017, our late friend and colleague, Dr. Stuart Wigham, published a blog post on UBER. It shows how an immature operating model and speedy growth caused significant issues for UBER. Due to these problems, Stuart expected long-term business impact. This blog further delves into UBER's problem by focusing the issue on trust.

Since its foundation in 2009, UBER built itself on the original idea of shared consumption. In addition to ride-sharing, UBER leverages its platform to include UBER Eats, freight, e-bikes and e-scooters. Besides those products, the company even developed an idea for Air Taxis. In Q2 2019, UBER provided 18 million trips each day. By the end of 2019, UBER earned $14.15 billion in revenue. Now UBER offers its products in 63 countries and over 700 metro areas worldwide. Some of the most popular locations include the United States, Brazil, India, and the UK.

Their newest product, UBER Works, launched in fall 2019. Currently only available in the Chicago area, UBER Work’s purpose is to connect on-demand workers to other companies. All these products make UBER the key player in shared consumption and in shaping the gig economy.

However, rapid growth presents UBER with many challenges along the way. This is particularly true when expansion takes them into new markets that act and behave differently. In an HBR article, Benjamin Edelman, associate professor at Harvard Business School, argues that UBER must be shut-down by regulators. Edelman states that “due to its cultural dysfunction – a business model predicated on lawbreaking,” Uber should not continue to operate.

In August 2017, founder Travis Kalanick stepped back as CEO. He admitted that he didn’t have the right leadership to lead UBER after its rapid growth. Despite the unruly leadership, UBER still achieved 5 billion rides worldwide under Kalanick's term. Kalanick’s successor as CEO is Dara Khosrowshahi, the former CEO of Expedia. Khosrowshahi found an organization under massive attacks around the globe. Complaints were coming from policymakers, unions, and taxi services. Chris Zook, a partner at Bain & Company’s, wrote in HBR that UBER’s new CEO must win on two fronts simultaneously. He called the two fronts “the inner game" and "the outer game." The inner game rids the company of barriers to growth. The outer game proves the profitability economics of UBERs repeatable model.

From day one in August 2017, Khosrowshahi started the necessary restructuring of UBER. On May 10, 2019, the company went public. Following the initial public offering, Uber's shares dropped 11%. This resulted in the most significant first-day dollar loss in IPO history in the US. Although UBER continues to report accelerated revenue growth, Uber reported a net loss of $1.2 billion in Q3 2019. While this is significantly less than the $5.2 billion loss Uber experienced in Q2 2019, it's still an increase from $986 million in Q3 2018.  This led to a mass layoff of 835 UBER employees from Marketing, Engineering, and other functions.

UBER’s problem also includes expansion plans. In Europe they face legal battles due to local labor laws and stricter policies on taxi services. At the same time, UBER is accused of various misconducts including abusing data to mislead officials. In the UK, UBER ran into trouble with Transport for London (TfL). TfL sets policies and regulations for taxis and private hire in London. UBER's problem was that TfL refused to renew UBERs license, because UBER did not comply with TfL requirements. In Frankfurt, Berlin, and other cities in Germany, police found UBER drivers were not complying with local conditions, further feeding anti-UBER arguments.

Despite mounting evidence that UBER was in trouble, it still hails 70% of the ride-hailing market and 25% of the delivery market through its other services like UBER Eats. 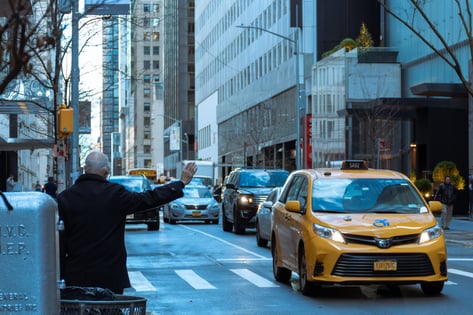 Aside from government and finance issues, the main problem with UBER is trust. Based on UBER’s previous struggles, there is not full trust from investors, governments, and consumers.

Rachel Bostman, a world-renowned expert on trust and technology, spoke about trust being the new capital for shared consumption in a 2012 TED talk. Bostman explains how platforms like Airbnb and TaskRabbit built a good reputation. Using trust as the currency made their platforms successful. For example, Airbnb removes participants from its platform if misbehavior or abuse is reported and proven.

A former professor at Harvard Business School, Frances X. Frei, was hired by UBER in 2017 to fix its broken culture. Frei believes that trust builds on three elements: Authenticity, Rigid Logic, and Empathy. Lacking one of those results in a lack of trust from your customer. Rigid logic requires knowledge and excellent communication.  Although every human is equipped and capable of empathy, the wrong use of technology impedes our emphatic capability. In a TED talk, Frei explains how she worked with UBER to improve both empathy and rigid logic by improving work practices. This included the removal of technology in meetings and the influx of knowledge on strategy and leadership.

But creating an authentic organization requires more. It needs the congruence of an organization's purpose, values and actions. With all the external challenges and how it is perceived to act, authenticity remains an elusive goal for UBER. Would UBER's problem with trust continue to prevent growth?

An authentic organization is seen to work and act in a way that is consistent with its espoused values. The outdoor clothing company Patagonia is an excellent example of an authentic organization that aligned its strategy with its operating model. Its founder, Yvon Chouinard, realized in the early 1970s the impact his product had on the environment. Consequently, he developed sustainable outdoor products. Today Patagonia is a trusted, worldwide brand for sustainable products and fair business practices. Supporting local initiatives for a green planet is a large part of Patagonia's public trust.

This process must start with a review of the organization’s current operating model and ask how fit it is for its purpose. This is especially true in an organization like UBER where the purpose is to leverage a common platform across multiple geographies. The review process will create the foundations for the future operating model. A clear future business direction and a set of design criteria, parameters, and constraints are necessary to support a compelling case for change. Working through this process will provide UBER with a clearer view of how it needs to pivot to be seen as an authentic organization both internally and externally.

Organization design, as successfully practiced by OTM over 35 years in more than 450 redesigns globally, is the deliberate process of configuring the informal and formal. This includes the value stream, structure, technologies, management systems, rewards, people process, and social systems. Altogether, these create a business organization capable of achieving its business strategy and being authentic in the eyes of its customers wherever it operates. 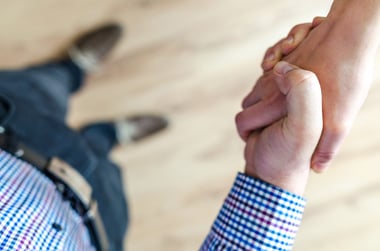 Thomas Doering is a Consultant at ON THE MARK.